In a time where there is more emphasis placed on public health and safety in the workplace, it is surprising that an ordinance has been drafted to bring marijuana/cannabis smoking and vaping into Denver’s restaurants, bars, marijuana businesses and other places throughout the Mile High City. If passed, Bill to Enact Marijuana Hospitality Program for Denver will bring marijuana smoking indoors to restaurants and other establishments.

The City of Denver has always worked hard to create workplaces that are free from secondhand smoke from both tobacco and the aerosols emitted by electronic cigarettes. These protections remain very popular with the public. To vast public support, Denver International Airport closed its last smoking room to become 100% smoke free, thus protecting the health of hundreds of airline passengers and staff.

It took decades of effort for Colorado to achieve statewide smoke free restaurants, bars, retail stores, and most public places. Two years ago, the Colorado legislature strengthened the law and closed several key gaps in the state’s Clean Indoor Air Act that was adopted in 2006. The modernized law eliminated exemptions that have allowed smoking in small workplaces, hotels, and long-term care facilities. It also prohibits the use of electronic smoking devices in smoke free venues. Undoubtedly, allowing marijuana smoking or vaping in places where smoking and vaping is now prohibited will undermine the laws that protect the public from exposure to secondhand smoke and secondhand vapor.

While so many neighborhoods in the Denver Metro area are currently combating COVID 19, a deadly virus that attacks the lungs, opening public places like restaurants and bars where the public and workers are exposed to secondhand marijuana smoke or electronic cigarette aerosols is a bad idea. Marijuana industry profits should not take priority over people. The last thing needed is to create a new class of workers that would have to sacrifice their health for a paycheck.

The undersigned national and statewide public health organizations have come together to raise the alarm against this attack on clean indoor air protections and worker health. We strongly urge the Denver City Council to take a stand for community health by not opting in to Bill to Enact Marijuana Hospitality Program for Denver. Do not roll back hard-won local public health protections by allowing for marijuana smoking and vaping indoors. Let us all stand strong behind the Colorado Clean Indoor Air Act. There is no need for people to smoke or vape in ways that harm other people including workers.

OPPOSED TO THE BILL TO ENACT MARIJUANA HOSPITALITY PROGRAM?

First the good news: The Colorado legislature passed HB1076 to close several key gaps in the state’s Clean Indoor Air Act that was adopted in 2006. The new law eliminates exemptions that have allowed smoking in small workplaces, hotels, and long-term care facilities. It also prohibits the use of electronic smoking devices in smokefree venues. The law has been signed by the governor and will take effect July 1, 2019.

The Bad News: Colorado also enacted HB1230, the “Marijuana Hospitality Establishments” law, which allows for smoking marijuana in food service establishments if certain criteria are met (see below). The marijuana law goes into effect 90 days after the session ends. According to the Colorado legislature’s website, the session adjourned on May 3, which means that the marijuana law will go into effect August 2 and new licenses could be issued as early as January 2020. Localities have the authority to take a stand for community health by not opting in to the law, or at the very least, not allowing for marijuana smoking in marijuana hospitality establishments within their jurisdictions.

As a result of the new marijuana law, Colorado will become the first state to lose its statewide smokefree restaurant status on ANR Foundation’s lists and maps once this new law takes effect. Public health advocates in other states that have legalized marijuana should begin planning for this type of marijuana industry strategy that promotes marijuana smoking spaces, if they haven’t done so already.

There does not seem to be any requirement in the law for these “marijuana hospitality businesses” to be in a free-standing building, or a requirement that smoke not infiltrate other areas. The law does not limit the number of marijuana smoking establishments or where they are located. We also did not see a provision preventing marijuana hospitality license holders or their companies from holding alcohol licenses for other venues. This may lead to more hospitality workers exposed to secondhand smoke and renormalizing smoking in hospitality venues. In several states, the marijuana industry has pushed for ventilation as the solution to marijuana smoke pollution, but this is another tactic borrowed from Big Tobacco. No amount of ventilation can adequately protect the public from the health hazards of breathing secondhand marijuana or tobacco smoke. The only known way to reduce the risks associated with secondhand smoke is with a 100% smokefree environment.

Implications: It took decades of effort for Colorado to achieve its statewide smokefree restaurant law that took effect in 2007. The smokefree law has protected a generation of residents, but is now being swept away.

Tobacco giant Altria has been investing billions of dollars into the marijuana business.

Tobacco giant Altria has been investing billions of dollars into the marijuana business. Increasingly, Big Tobacco = Big Marijuana. Altria worked for years to undermine local and statewide smokefree efforts in Colorado through schemes such as the Philip Morris Colorado Options program. Altria’s goal was to maintain the social acceptability of smoking inside hospitality venues and to enable product consumption. This bill would seem to help them move in that direction.

There is a parallel concern between tobacco control preemption and emerging marijuana laws. In the past, it took a while for health groups to recognize preemption as an industry tactic and to unify in opposition in order to protect local control and expand smokefree protections.  Today, we see an urgent need for public health to discuss strategies to protect people from secondhand marijuana smoke in this evolving policy area.  Just as preemption language may be tucked into unrelated legislation, rollbacks to smokefree protections and norms related to marijuana are coming in separate legislation such as this Colorado bill, and via local and state marijuana control board rulemaking designed to limit input or expertise from tobacco control program experts.  Health groups will need to prepare to defend smokefree protections against a variety of attacks.

ANR encourages local governments in Colorado to protect public health by either not opting in to this marijuana industry sponsored law or not allowing marijuana smoking in cannabis consumption clubs locally.

Regardless of how one feels about marijuana use, it should not be used in ways that harm other people. 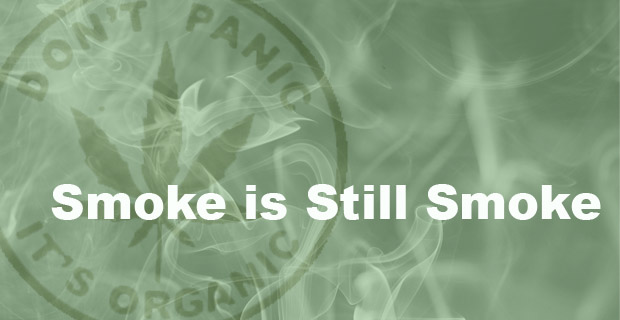