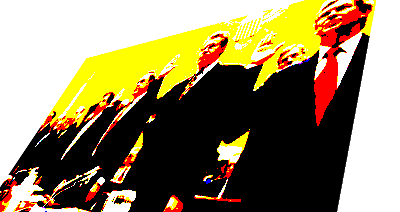 On August 17, 2006, a federal court ruled that tobacco companies violated racketeering laws and outlined several remedies for companies to comply with to prevent and restrain future fraud by an industry that lied to the American people for decades. Judge Gladys Kessler noted in her 1,683-page ruling, “As set forth in these Final Proposed Findings of Fact, substantial evidence establishes that Defendants have engaged in and executed – and continue to engage in and execute (emphasis added) – a massive 50-year scheme to defraud the public, including consumers of cigarettes, in violation of RICO.”

Due to improper political interference, there were many times when the case could have been settled or watered down, but under the leadership of the Tobacco-Free Kids (TFK) Action Fund, a total of six organizations petitioned the court to serve as Public Health Intervenors in the case. Judge Gladys Kessler, on July 22, 2005, granted a motion to intervene, making them formal parties to the lawsuit and granting them similar opportunities as the government and the tobacco company defendants to present arguments on appropriate remedies to the court. In addition to TFK Action Fund, Americans for Nonsmokers’ Rights, American Cancer Society, American Heart Association, American Lung Association, and the National African American Tobacco Prevention Network served as Intervenors, filing multiple legal briefs and other supporting documents during the trial and appeals phases of the case. The court allowed us as third-party groups to join the suit because we each represented our members and/or the public interest and as such, had a vested interest in the outcome of the litigation.

One remedy ordered companies to make corrective statements to clarify to the public the true effects of tobacco use. After innumerable appeals and delays, the Department of Justice and the Intervenors reached an agreement that requires tobacco companies to place “corrective statements” about the health risks of smoking and secondhand smoke in retail outlets that sell tobacco. The agreement requires the tobacco companies to display signage about the deadly consequences of smoking and requires that this signage be near cigarette displays in retail outlets across the country. While the agreement is not perfect, it will, in principle, hold the tobacco industry accountable for decades of deception and manipulation by placing information at the point where the purchase decision is made, and hopefully prevent another generation addicted to nicotine.

The Public Health Intervenors were critical partners to ensure that the remedies were upheld and implemented as intended in Judge Kessler’s ruling. Despite Judge Kessler’s findings and remedies, tobacco companies continue to deceive the public, manipulate science, and interfere with local, state, and national policies related to smokefree laws, tobacco product sales, and marketing and advertising of addictive and deadly tobacco products. We as a public health community and advocates for health equity must continue to play the role of watch dog and hold tobacco companies and their subsidiaries accountable to protect public health. ANR will continue to track and expose industry interference and advocate vigorously for smokefree air for all.

For more background on DOJ’s RICO case against Big Tobacco, read “Bad Acts, The Racketeering Case Against the Tobacco Industry” by Sharon Eubanks and Stanton Glantz. It is chock-full of behind-the-scenes details about the case and the individuals involved, including a chapter on the Intervenors. Contact us if you would like to purchase one of the very few copies ANR still has to sell.

WASHINGTON, D.C. – Late Tuesday, the parties to the federal government’s long-running racketeering lawsuit against the major U.S. tobacco companies told the court that they have reached an agreement in principle that will require the companies to place “corrective statements” about the health risks of smoking and secondhand smoke in retail outlets that sell cigarettes. Once this agreement is finalized and approved by the court, it will require the tobacco companies to display court-ordered statements that tell the truth about the deadly consequences of smoking near cigarette displays in hundreds of thousands of retail outlets across the country. These statements are intended to prevent and restrain future fraud by an industry that lied to the American people for decades. It’s important for consumers to know the truth about the industry’s deception and manipulation of their products and to get this information at the point where the purchase decision is made. ...

15th Anniversary of the RICO Verdict

15 years later and the leopard still hasn’t changed its spots:

INDUSTRY STONEWALLING CORRECTIVE STATEMENTS AT THE POINT OF SALE

August 17, 2021, marks the 15 year anniversary of the RICO verdict in the Department of Justice case against Big Tobacco.

Fifteen years ago, a federal court ruled that tobacco companies violated racketeering laws and ordered them to make corrective statements to clarify to the public the true effects of tobacco use. Not all of the remedies have been fully implemented due to ongoing industry efforts trying to avoid making RICO Corrective Statements at the Point of Sale.The tobacco industry swore back then it had changed—and that it would change even more. But it still is behaving as it always has (and as Judge Kessler predicted).

Corrective Statements from the tobacco companies were published in newspapers, on television and on their websites in 2017, but they were also required to ensure that Corrective Statements were placed at the point of sale – in retail areas where cigarettes are sold. An evidentiary hearing on the point-of-sale remedy was to begin on July 12, 2021; however, in April the cigarette manufacturers and the retail trade associations that are participating in this phase of the case vigorously objected to conducting any of the trial “virtually.” Judge Friedman issued an order postponing the evidentiary hearing for what may turn out to be another year. The Judge ultimately concluded that it would be prudent to postpone the trial in order to avoid any claim on appeal that the hearing procedures were somehow unfair to the retailers.

Judge Gladys Kessler noted in her 1,683 page ruling, “As set forth in these Final Proposed Findings of Fact, substantial evidence establishes that Defendants have engaged in and executed – and continue to engage in and execute (emphasis added) – a massive 50-year scheme to defraud the public, including consumers of cigarettes, in violation of RICO.” Once again, the tobacco industry is utilizing all of its usual tactics to undermine public health protections and continue to mislead the public about the health hazards of tobacco products.

Big Tobacco still interferes with public health policy; it shamelessly targets kids with e-cigarettes, social influencers and flavors; it ignores science on the health effects of its products on users and nonusers, and works to undermine remedies designed to prevent additional misdeeds.

On May 22, 2009 the D.C. Circuit Division affirmed Judge Gladys Kessler's conclusion that the tobacco industry constituted an illegal racketeering enterprise that is likely to continue defrauding the public.

“Defendants have publicly denied what they internally acknowledged: that ETS is hazardous to nonsmokers”

“Internally, Defendants recognized that ETS is hazardous to nonsmokers”

“Internally, Defendants expressed concern that the mounting evidence on ETS posed a grave threat to their industry”

Among the remedies imposed by Judge Kessler were a requirement that the tobacco companies make corrective statements in various media outlets, including the following one:

"Each Defendant shall be required to make separate corrective statements concerning the following: (a) the adverse health effects of smoking; (b) the addictiveness of smoking and nicotine; (c) the lack of any significant health benefit from smoking “low tar,” “light,” “ultra light,” “mild,” and “natural,” cigarettes; (d) Defendants’ manipulation of cigarette design and composition to ensure optimum nicotine delivery; and (e) the adverse health effects of exposure to secondhand smoke (also known as environmental tobacco smoke, or ETS).”

On September 1 2006, two weeks after this scathing indictment of the industry and its business practices, Philip Morris filed documents with the court requesting that it be permitted to continue using the terms “low tar,” “light,” “ultra light,” “mild,” and “natural,” cigarettes outside of the United States, somehow believing that exporting its lies would be acceptable. This action further demonstrates that the industry cannot and should not be trusted to tell the truth about its products or the health effects of secondhand smoke. It is now clearer than ever that the tobacco industry has no standing to interfere with local and state lawmakers in public health legislation.

Is there a cancer on the Justice Department?

An Ad Run By ANR

Judge Gladys Kessler issued her ruling in the Department of Justice Racketeer Influenced  and  Corrupt  Organizations  (RICO)  racketeering  case  against  tobacco companies on August 17, 2006.  One of the critical remedies in the case called  for  the  tobacco  companies  to  issue Corrective  Statements about what  the industry knew  about    cigarettes and failed to disclose to the public. The  industry’s  lawyers  have  made multiple appeals over the last 11 years to oppose the requirement for Corrective Statements,  but  finally  ceased  doing  so  this  year.  We will see the first  of  the  Corrective  Statements  in  newspapers and on tobacco company websites in November 2017. ANR has  served  as  one  of  six  public  health  intervenors in the case.

Tobacco companies lied for decades about the health risks of secondhand smoke.

Now they will finally have to make corrective statements 11 years after being found in violation of federal racketeering laws. Text of  Corrective Statements.

Big Tobacco’s efforts to raise doubt through junk science about the health research on secondhand smoke needlessly led to many preventable deaths through delayed policy change in communities and states across the country.

Today, millions of people are still exposed to cigarette smoke inside buildings in part due to the legacy of Big Tobacco’s fake science and talking points which promoted air curtains, HVAC systems, smoking rooms, and other tricks to keep smoking indoors despite the health hazards.

Let’s be clear. There is no safe level of exposure to secondhand smoke.

Ventilation systems, smoking rooms, and smoking sections do not protect people from the deadly health hazards of secondhand smoke. People working in casinos, bars, or elsewhere in the hospitality sector shouldn’t have to get sick from breathing at work. See the press release here from ANR and other intervenors in the Department of Justice racketeering case.

Casinos that falsely claim that their HVAC systems or smoking areas address secondhand smoke should be mindful of the liability implications of knowingly serving up toxic air to employees and customers. The only known way to prevent the health hazards of secondhand smoke is with a smokefree environment.