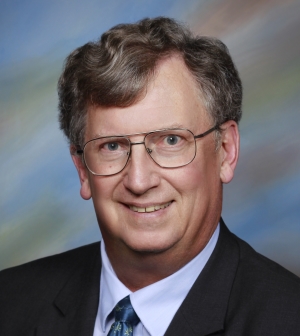 Dr. Joel Dunnington was a Professor of Radiology at the University of Texas MD Anderson Cancer Center and worked there for 25 years. He retired in September 2014.

Dr. Dunnington started the AMA Tobacco Coalition with Steve Hansen M.D., a delegate from California, in order to produce strong AMA tobacco control policies. He spent thirteen years on the Texas Medical Association’s Council on Public Health and 6 years on the Cancer Committee (Chair) where his principal focus was on tobacco control. Dr. Dunnington worked with the American Cancer Society-Houston Metro Area, and served on the Houston Metro Board of Directors in 1994 through 1998, in the role of President of the Houston Metro ACS from 1995 to 1997. In 1990 he started working with DOC, a national group of physicians working on prevention, especially tobacco, becoming a Board Member and President from 1995 to 2002.

In 2004, Dr. Dunnington was awarded the Elkins Faculty Achievement Award for Prevention from the faculty of MD Anderson Cancer Center. He also received a Lifetime Achievement Award from the Texas ACS for Tobacco Control. On May 13, 2011, Dr. Dunnington received a Health Leader in Medicine award from the Texas Medical Association Foundation for his Public Health activities, especially in tobacco control.

Dr. Dunnington was the chief tobacco consultant with the Texas Attorney General's office on the Texas Tobacco Lawsuit from 1995-98, and worked on the Houston and Fort Bend County Smokefree Coalitions since 1989. He is an active member of Smokefree Texas and has been trying to pass Tobacco Control and Smokefree laws in Texas since 1989.

Dr. Dunnington joined ANR’s Board of Directors in 2011 and is currently serving as Secretary of the Board.